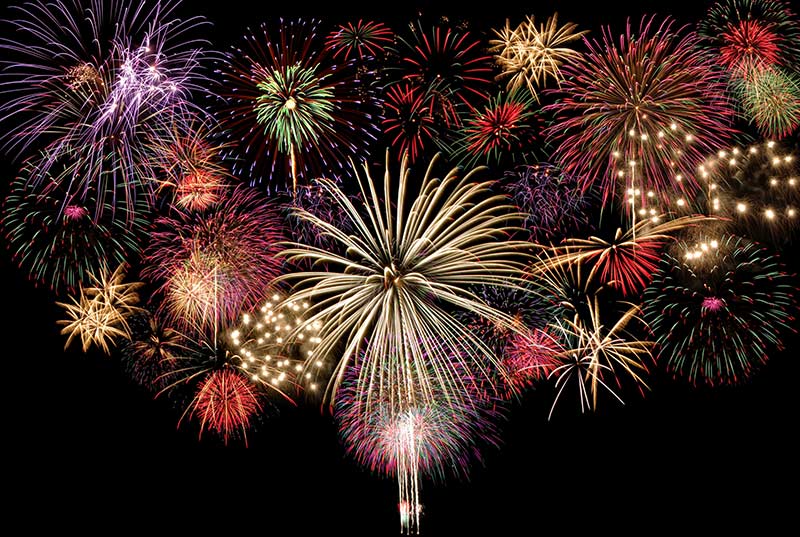 Marking New Years this year will be especially celebratory. Who wouldn’t want to pop the champagne and make a toast (socially distanced, of course) to the end of 2020?  No celebration would be complete without fireworks, so here’s a repeat from out archives that’s a  cheat sheet of some popular ones.

Chrysanthemum:  (at right) A flower-like aerial pattern, usually resulting from a mortar.

Comet: (below) A type of star that leaves a long trail of sparks as it flies through the air.

Glowing embers that fall slowly in the air, creating a willow or waterfall effect.

An aerial effect that looks like a swarm of objects squirming though the air. This effect usually lasts only a few seconds. The “fish” are actually a type of fuse that propels itself through the air, creating a swimming effect.

A strobe is a blinking effect. When used in a shell with hundreds of strobe stars, the strobe effect looks like shimmering water in the sky. Strobes can be a variety of colors, including white, green, blue, and orange.